Shatta wale is one artist who isn’t shy of showing his wealth to the fans. He is usually criticized for that act but most of his loyal fans hails him for that and many more and even thinks his actions are and ways are to motivate the Ghanaian youth.
Watch Video: Wendy Shay makes fans go crazy with her twerking skills

In a recent video believed to be an upcoming video of the dance-hall artist to be released soon, the “Akwele Take” hit-maker was seen smashing and destroying the windscreen of “his car”.

With many reactions from his fans, some suggested he could have dashed that car to one of his loyal fans as he did the last time whiles others hailed him for showing power and wealth everywhere he goes 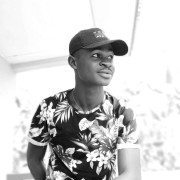